Sola Scriptura and the Role of Teachers in our Spiritual Growth 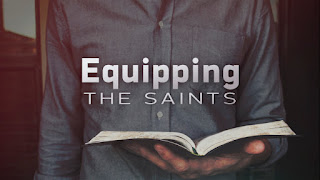 A less-than-admiring reader once wrote Pastor Phil Johnson the follow criticism.  Regardless of what seminary your pastor went to and what authors he consults the most this is a criticism educated church leaders/members hear with some regularity today; (hence this posts value to the larger church; note Eph. 4:11-16; Colossians 1:28-29; 2 Timothy 2:2).... Dear Phil, "your identity as a 'Baptist'; your endless quotations from Charles Spurgeon; your faithful devotion to John MacArthur; and especially your willingness to call yourself a are all huge red flags that tell me something is seriously wrong with your theology. Why do you teach a system of doctrine that is named after a mere man? Why are you following human teachers instead of going to the Bible alone? After all, 1 John 2:27 says, 'The anointing which ye have received of him abideth in you, and ye need not that any man teach you.'

Word-driven church leaders and members agree that we ought to go to Scripture alone to establish our doctrine! The truth is in God's Holy word, not in any theological system or theology textbook developed by mere men.

Isn't that principle what the Reformation was originally about? Sola Scriptura? Didn't even the Reformers go to Scripture for the truth instead of reading other men? I believe that if Luther himself wrote for this blog, he would point people to the truth in God's Holy word, not to a theology developed by some other man."

Pastor Johnson's Reply: You have seriously misunderstood sola Sriptura if you really imagine that it rules out human teachers or eliminates systematic theology. The Protestant Reformers often cited the works of Augustine, Tertullian, Jerome, Cyprian, Ambrose, and others—ranging from the early church fathers through Aquinas. They didn't follow any of them slavishly, of course, but they certainly took them seriously. Not one of the major Reformers would have tolerated the claim that because the Church Fathers were mere men they were therefore irrelevant or incapable of shedding any helpful light on tough theological questions.

Sola Scriptura means that Scripture alone is the final court of appeal in all matters of faith and practice. It is an affirmation that "the whole counsel of God, concerning all things necessary for his own glory, man's salvation, faith, and life, is either expressly set down in scripture, or by good and necessary consequence may be deduced from scripture" and that "nothing at any time is to be added [to the Bible], whether by new revelations of the Spirit, or traditions of men." It recognizes that there is ultimately no higher spiritual authority than God's Word, so "the infallible rule of interpretation of Scripture is the Scripture itself; and therefore, when there is a question about the true and full sense of any Scripture . . . it must be searched and known by other places that speak more clearly."

But none of that means we're obliged to discard the wisdom of godly men from ages past and require each man to try to discern truth from scratch by reading nothing but Scripture by himself.


As for the leading Swiss Reformer, he certainly did "point people to the truth in God's Holy Word"—but one thing he did not do was steer people away from the important theologians of the past. In fact, his works are filled with references to the Church Fathers—Augustine in particular. This pastor-theologian knew it was important to demonstrate that he was proposing nothing wholly novel and that his theology was in the doctrinal lineage of the greatest theologians of the church.' He regarded himself as Augustinian, in precisely the same way many today think of themselves as adherents to the doctrines of grace...

...Incidentally, 1 John 2:20, 27 is the apostle John's response to an early outbreak of gnostic-flavored spiritual elitism. He was refuting some false teachers (he called them "antichrists") who insisted that real truth is a deep secret, different from the apostolic message, into which people must be initiated by some anointed swami. The Holy Spirit indwells and anoints each believer, and He is the One who truly enlightens and enables us to understand truth. But He also gifts certain people with a particular ability to teach others (Romans 12:6-7; Ephesians 4:11). So while John was condemning the notion of enlightened masters in the style of Freemasonry and gnosticism, he was not making a blanket condemnation of teachers. He himself was a teacher. 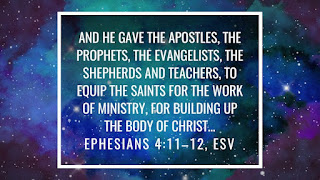 Bonus: A follow-up message asks me if I am suggesting it's wrong for someone to abandon all books and human teachers and rely only on what he can glean from the Bible for himself? Answer: yes, I think that's wrong because it's arrogant and reflects a sinful kind of unteachability. This is my whole point: sola Scriptura doesn't rule out the valid role of teaching in the church.

Furthermore, it is simply not the case that any common, unskilled, unschooled individual, sitting down with his Bible and no other tools, can expect to come to a full and mature understanding of Scripture without any help from godly teachers who understand some things better than he will ever get it on his own. Here's Bernard Ramm's famous response to the arrogance reflected in such a perversion of sola Scriptura: It is often asserted by devout people that they can know the Bible completely without helps. They preface their interpretations with a remark like this: "Dear friends, I have read no man's book. I have consulted no man-made commentaries. I have gone right to the Bible to see what it had to say for itself." This sounds very spiritual, and usually is seconded with amens from the audience.But is this the pathway of wisdom? Does any man have either the right or the learning to by-pass all the godly learning of the church? We think not.

First, although the claim to by-pass mere human books and go right to the Bible itself sounds devout and spiritual it is a veiled egotism. It is a subtle affirmation that a man can adequately know the Bible apart from the untiring, godly, consecrated scholarship of men like [Athanasius,] Bengel, Alford, Lange, Ellicott, or Moule. . . .

Secondly, such a claim is the old confusion of the inspiration of the Spirit with the illumination of the Spirit. The function of the Spirit is not to communicate new truth or to instruct in matters unknown, but to illuminate what is revealed in Scripture. Suppose we select a list of words from Isaiah and ask a man who claims he can by-pass the godly learning of Christian scholarship if he can out of his own soul or prayer give their meaning or significance: "Tyre, Zidon, Chittim, Sihor, Moab, Mahershalalhashbas, Calno, Carchemish, Hamath, Aiath, Migron, Michmash, Geba, Anathoth, Laish, Nob, and Gallim." He will find the only light he can get on these words is from a commentary or a Bible dictionary.[from Bernard Ramm, Protestant Biblical Interpretation (Grand Rapids: Baker, 1970), pp. 17-18]."

Article by Pastor Phil Johnson.  Phil is the executive director of Grace to You and is an elder at Grace Community Church
Posted by ck at 12:00 AM

Labels: Do we need teachers if we have the Holy Spirit as our guide and teacher?, Sola Scriptura, unintended consequences
Newer Post Older Post Home