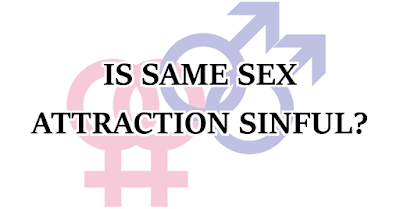 This blog post continues where Pastor Phil Johnson left off.  Johnson is trying to help his readers think through the implications of same sex attraction as these have been issues of compromise within certain Southern Baptist and PCA congregations lately.

"Regarding the previous post, let me underscore my answer to an objection that keeps coming up. One of my critics on Twitter stated it as succinctly as anyone. He wrote, "Attraction and lust aren't the same thing. [Therefore] your proposition collapses entirely."

I'm aware, of course, that the words attraction and lust have different shades of meaning. Not every attraction entails lust. Attraction is the action or capacity of eliciting interest, affection, sympathy, fascination, or some similar eager response. It's possible—even desirable—to be attracted to things that are altogether holy and good, or even morally neutral, without being guilty of lust.

Lust is a sensuous appetite or desire that is inherently sinful—or one that leads to sin. To explain the idea of lust in the sense Scripture uses the word, it is any desire or affinity for something that God has forbidden. "All that is in the world—the desires of the flesh and the desires of the eyes and pride in possessions—is not from the Father but is from the world" (1 John 2:16).

In short, you cannot define lust without the idea of attraction. What distinguishes a neutral attraction from a sinful one is both the object of desire and the source of your inclination. To desire what God forbids is a sin, full stop. And such desires are "not from the Father." This is never treated as an ambiguous or murky concept in Scripture."

Pastor Phil Johnson is one of John MacArthur's closest friends and is an Ast. Pastor at Grace Community Church.  His main work takes place at Grace to You.
Posted by ck at 12:00 AM