A RESPONSE TO THE SOCIAL ACTION TREND (pt. 7) 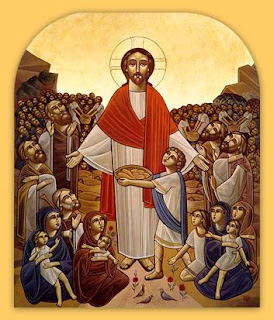 7. A Misunderstanding of Jesus’ Ministry and Miracles:

Those who hope to make social action and gospel proclamation two wings of the same bird claim that they are imitating the earthly ministry of Jesus. Jesus, they contend, not only preached repentance, He also focused on relieving the physical needs and the oppression of the economically downtrodden in Palestine. He healed their sicknesses, filled their stomachs, and dropped a coin in the outstretched hands of the poor.

While the Scripture implies that Jesus did express mercy to the poor on a personal level (Matt 26:9; John 13:29), it is clear from the Gospels that Jesus started no orphanages, established no poverty relief funds, no low-cost housing schemes, no well-digging programs, and set no prisoners free (not even John the Baptist). Neither did Jesus instruct or train His disciples to do so. That doesn’t mean that it’s intrinsically wrong for Christians to be involved in such work. But it certainly makes suspect the argument that, based on Jesus’ example, the church should make social action central to her mission. Personal expressions of mercy and church-organized social action programs are not the same thing: Jesus exemplified one, not the other. In fact, the purpose statements of Jesus’ earthly ministry always focused on proclamation and on His substitutionary death for sinners: “Let us go somewhere else to the towns nearby, so that I may preach there also; for that is what I came for” (Mark 1:38). “For even the Son of Man did not come to be served, but to serve, and to give His life a ransom for many” (Mark 10:45). “I must preach the kingdom of God to the other cities also, for I was sent for this purpose” (Luke 4:43).

In hopes of proving that Jesus’ mission was equally proclamation and social action, social justice advocates draw attention to Luke 4:18-19. In that passage, Jesus reads Isa 61:1-2 and announced to the people of Nazareth that His mission was to the poor, the captives, the blind, and the oppressed. What social justice advocates fail to give due weight to is the fact that the Isaiah passage focuses on preaching and proclaiming (mentioned 3x), and that the preaching to be done was clearly to the spiritually poor, captive, blind, and oppressed.

But what about Jesus’ miracles? Jesus’ miracles of healing and of feeding the multitudes were genuine acts of compassion, revealing His power over sickness, nature, and even death. In short, they were a sneak preview of the power Jesus will exercise when He comes in the fullness of His kingdom. In light of Jesus’ compassion, we believe that it is perfectly appropriate for medical doctors to make mission trips for churches to send hurricane relief to Haiti. Those are good things and have a legitimate and valuable place in the body of Christ.

Interestingly, however, Jesus’ miracles are never held up as motivation for the church to focus on social action—as if the church were to continue Jesus’ program of miraculous social relief by non-miraculous means. In fact, Jesus repeatedly said that the purpose of His miracles was something else: to declare that He was the unique God-sent Messiah: “The works which the Father has given Me to accomplish—the very works that I do—testify about Me, that the Father has sent Me” (John 5:36).

The Jews then gathered around Him, and were saying to Him, “How long will You keep us in suspense? If You are the Christ, tell us plainly.” Jesus answered them, “I told you, and you do not believe; the works that I do in My Father’s name, these testify of Me” (John 10:24–25).

The miracles done by the apostles shared that same primary purpose: they were “the signs of a true apostle” given by God to prove that the men who performed them were Jesus’ authoritative and trustworthy representatives (2 Cor 12:12; Heb 2:4; Acts 3:6–7; 4:10).

To construe the miracles of Jesus as grounds for making social action central to the church’s mission is to turn a blind eye to Jesus’ stated purpose for His miracles.  In fact, Jesus frequently found that His priority ministry of preaching was hindered by the relentless demands of the mercy-seekers, leading Him at times to instruct those whom He healed not to spread the word about His power (Mark 1:42–45; Matt 9:30).

Jesus understood all too well that social relief can swallow up time and effort that should be dedicated to preaching, evangelism, and discipleship.  TO BE CONTINUED-