A RESPONSE TO THE SOCIAL ACTION TREND IN EVANGELICAL MISSIONS (pt. 3) 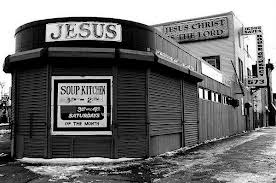 Concern 2 (to the social action trend in evangelical missions): Is the Underlying Theory Flawed?

While Jesus commanded believers to love their neighbors and to care for the poor, we don’t see that the New Testament church (either by dictate or example) fulfilled that command by organizing itself to carry out social action projects directed at the general betterment of Roman society. In other words, we believe that the theory of social action missions is suspect from the start. If anything, the apostles seemed to avoid social reform projects directed at the world in favor of preaching the gospel to the world.

We ardently believe that Christians can and should be involved in meaningful demonstrations of compassion—everything from giving a sandwich to a homeless person to working at an orphanage. In this article we are dealing with a different issue: the idea that social reform and the gospel are equal partners in Christian mission.  We will develop our reasons for rejecting this dual-track view of the church’s mission in a moment.

Concern 3:  Is the Mission of the Church Being Unintentionally Neglected?

All true evangelicals are committed to keeping the gospel, expository preaching, and the church the main things; however, this becomes difficult to do in the social action model of the church and missions. Social action projects are like black holes— they have a habit of sucking in all the ecclesiastical resources within reach of their gravitational pull. While the theory states that the gospel, preaching, and the church are the main things, in regard to budgets, planning, staff, and effort, what’s actually first is all too clear.

Even the proponents of social action acknowledge this problem. For example, Keller admits, “Churches that . . . try to take on all the levels of doing justice often find that the work of community renewal and social justice overwhelms the work of preaching, teaching and nurturing the congregation."

In response to Keller’s admission, Naylor writes, "Keller speaks as if there is a certain point at which this becomes problematic, but he does not demonstrate how this effect is not already in operation the moment the church becomes involved in this kind of work at all."


As resources are fed into the gaping maw of social justice projects, by default, essential ministries are left undernourished. The West can finance, train, and send only so many missionaries to Africa. And since so many of the new missionaries being sent are focusing on relief projects, what suffers by default are the essential ministries of Christian missions: the things that only the church can do.  Stated in mathematical terms, for evangelicals the problem is not subtraction of the gospel (as is the case of the liberals and the Social Gospel). Instead, it is one of addition—addition that results in competition, distraction, and eventually, an unintentional displacement of the gospel.  Social projects undercut the core ministries of the church by what they add to the church’s agenda: resource-devouring ventures of dubious Great Commission value. D. A. Carson’s warning comes to mind: “I fear that the cross, without ever being disowned, is constantly in danger of being dismissed from the central place it must enjoy.”

We again want to make it clear that we believe that there is room for legitimate, non-dominating mercy efforts in Christian missions. However, what we are seeing today is a focus on social action that, at best, is disproportional to the New Testament’s emphasis, and at times is something worse.  TO BE CONTINUED-