A RESPONSE TO THE SOCIAL ACTION TREND IN EVANGELICAL MISSIONS (pt. 4) 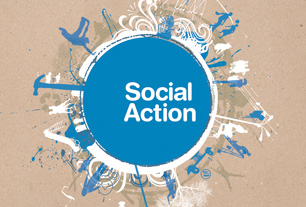 This part 4 of a series titled, "Regaining Our Focus: A Response to the Social Action Trend in Evangelical Missions" by two veteran missionaries from Africa.

Specific Critiques (to the social action trend in missions):

"Having surveyed our concerns, we want to highlight eight biblical problems with the social action model of the church and missions. It is unlikely that any single author or ministry embodies all these problems, but for simplicity’s sake we paint with a broad brush.

1. A Redefinition of the Gospel

Social justice advocates are fond of describing the gospel in terms of human flourishing.  The incarnation, they say, was about Christ bringing shalom or general well-being to the human race.  Many evangelicals (without turning away from substitutionary atonement) have adopted this notion enthusiastically: if the gospel is about human flourishing, then any Christian effort that increases that flourishing is gospel ministry. On that basis, building a hospital or an orphanage is just as much a fulfillment of the Great Commission as church planting.

D. A. Carson notes that this redefinition of the gospel is categorically wrong, since the gospel is “the good news of what God has done, not a description of what [Christians] ought to do in consequence. . . . One cannot too forcefully insist on the distinction between the gospel and its entailments.”   Furthermore, to represent the gospel of Jesus Christ as being about the general betterment of unbelieving society is to misrepresent the gospel.

John MacArthur writes, "Is social reconstruction even an appropriate way for Christians to spend their energies? I recently mentioned to a friend that I was working on a book dealing with sin and our culture’s declining moral climate. He immediately said, “Be sure you urge Christians to get actively involved in reclaiming society. The main problem is that Christians haven’t acquired enough influence in politics, art, and the entertainment industry to turn things around for good.” That, I acknowledge, is a common view held by many Christians. But I’m afraid I don’t agree.. . . . God’s purpose in this world—and the church’s only legitimate commission—is the proclamation of the message of sin and salvation to individuals, whom God sovereignly redeems and calls out of the world.

An idealistic desire to bring the kingdom now often plays a role in the social action vision of the church. Advocates of social justice argue that Christ came to banish the results of the Fall; therefore, “kingdom work” includes anything in the current age that diminishes or reverses those results and promotes the good of individuals and society. In other words, Christ’s kingdom is brought into existence through the general reduction of evil and injustice in society just as much as through gospel proclamation: “The kingdom comes wherever Jesus overcomes the Evil One.

This happens (or ought to happen) in the fullest measure in the church. But it also happens in society.”  To orient the gospel toward human flourishing and general societal improvement is to step into the trap of an overly realized eschatology. It’s a version of postmillennialism.  Ultimately, it attempts societal transformation that only Christ’s return can bring. Furthermore, its common-grace approach to the Great Commission ignores the fact that, biblically speaking, one participates in the blessings of Christ’s kingdom only by believing in the King (John 3:3).  Making social action an equal partner with the gospel, in effect, subordinates the need for repentance and forgiveness to temporal needs. The sad truth is that Africa has always had poverty, orphans, political corruption, sexually transmitted diseases, and other health and social crises. No amount of money and social reform will change what is essentially a heart problem that only repenting, believing in Jesus Christ, and embracing a biblical worldview can solve.  (It is estimated that one trillion dollars of Western aid has been poured into Africa in the last five decades- per Kevin DeYoung and Greg Gilbert’s What is the Mission of the Church?: Making Sense of Social Justice, Shalom, and the Great Commission [Wheaton, IL: Crossway, 2011], 188). More money is not the solution to Africa’s problems; Christ clearly proclaimed is).

Paul would have defined Africa’s problem this way: “The wrath of God is revealed from heaven against all ungodliness and unrighteousness of men . . .” (Rom1:18). Likewise, Africa’s solution is: “We have peace with God through our Lord Jesus Christ” (Rom 5:1). By focusing on social justice, evangelicals might be trying to help Africa in an unhelpful way—or at least not in the most helpful way.

In most social justice efforts, the actual direct gospel ministry is very limited—more of a hoped-for byproduct than the overt goal. For example, the thirty-eight percent of missionaries in Malawi who are school teachers must, by necessity, spend most of their days teaching mathematics, handwriting, art, and other basic educational skills. Those are good things, but actual gospel ministry is minimal when compared, for example, with what a church planter does.

An indirect approach might be appropriate and even necessary in some situations, such as in Islamic countries where missionaries need legitimate, secular employment in order to get into the country to proclaim Christ. However, there is no need to adopt indirect-gospel-ministry strategies when reaching open countries. Often lurking behind the indirect approach is the notion that the church must first portray the gospel by means of social justice before it can preach the gospel. This belief has no basis in Acts or the Epistles. The apostle Paul did not say that God was well pleased to save sinners through the foolishness of the gospel mercied, but rather through the foolishness of the message preached (1 Cor 1:21).

After noting that studies have shown that Christians spend about five times more money on poverty relief projects than on evangelism and church planting, D. A. Carson warns that the gospel is too often the missing component in “holistic” or indirect gospel ministry: At one time, “holistic ministry” was an expression intended to move Christians beyond proclamation to include deeds of mercy. Increasingly, however, “holistic ministry” refers to deeds of mercy without any proclamation of the gospel— and that is not holistic. It is not even halfistic, since the deeds of mercy are not the gospel. . . . Judging by the distribution of American mission dollars, the biggest hole in our gospel is the gospel itself.

As we point out the distinction between indirect and direct gospel ministries, we again want to affirm that we are not categorically opposed to the idea of believers coming to Africa to express Christian love in a tangible way. For example, Malawi has a population of 15 million people and yet there are fewer than 300 doctors in the whole country.  If a Christian doctor wanted to move to Malawi to minister to the physical needs of others, would we discourage him? Certainly not! Our concern, however, is that the Western church is confusing the sending of medical missionaries (for example) with its greater priority of sending missionaries who focus directly on carrying out the Great Commission. Direct gospel ministry must always take both theoretical and actual priority over social relief missions." TO BE CONTINUED-