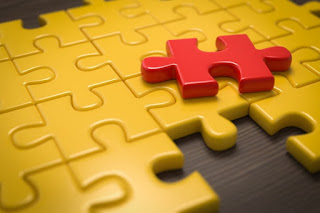 "My friend, Alisa Childers, recently wrote a review of the bestselling book, Girl, Wash Your Face, by Rachel Hollis. It started a firestorm of online discussion about what makes someone a “Christian” author, what responsibility a self-identified Christian author has in promoting ideas consistent with biblical faith, and what harm there can be for Christians reading books that contain nonbiblical ideas.

I personally haven’t read the book, so I’m not going to comment on it specifically. But I will say I was extremely disappointed and saddened to see the kinds of comments supporters of the book wrote:  “It wasn’t meant to be a devotional.”  “She’s not teaching theology.”  “Our job is not to seek people out and hate them.”  “Stop competing! Just imagine what the non-Christians think about the McJudgies! We need to focus inward because the project within ourself is the most important work we will accomplish. Don’t use your blog to bring someone down.”

Unfortunately, such comments are representative of the lack of discernment common in the church today. If Alisa fairly characterized the claims of Hollis’s book, Hollis is promoting ideas that conflict with a biblical worldview. And when there is a concern that millions of women are consuming content from a Christian author that can lead them to embrace unbiblical ideas, we should be raising a warning flag and calling out for discernment in the body of Christ.

It’s not about being a “McJudgey.”  It’s about discerning biblical truth from non-truth…something the Bible consistently tells us to do.

While this post isn’t directly related to parenting (which I normally write about), it’s something that affects parenting. When parents readily incorporate popular but unbiblical ideas into their worldview, those ideas will affect how they raise their kids and the nature of the worldview they pass on.

The following are 10 signs that the Christian authors you’re following may be subtly teaching unbiblical ideas. I say “subtly” because I think most people would spot a problem immediately if a Christian said they didn’t believe in the Trinity. But it’s just as important to identify when less obvious warning signs—like the following—are present.  We must be aware so we can beware.

It’s become popular for writers to trumpet that they love Jesus but (fill in the blank). When you see a sentence start this way, be prepared for one of two things to follow.

First, it may be something that the author knows is contrary to what Jesus would have approved of. For example, if you Google “I love Jesus but,” you’ll find a whole industry of shirts, mugs, and other things that say “I love Jesus but I like to cuss.” Is this really something that glorifies the God you say you love (see John 14:15-31)? If you have to use “but” as a contrasting word between loving Jesus and making a statement about what you do and/or say, it’s probably not something to be proud of. When authors do this to be more likable to their audience, it’s often a sign that other unbiblical ideas will follow.

2. They make it a point to separate a relationship with Jesus from religion.

Unfortunately, the idea that Jesus somehow hates religion has become popular even amongst Christians who otherwise hold biblically solid beliefs. If Jesus truly hated religion, the popularity of this idea wouldn’t be an issue. The problem is that Jesus doesn’t hate religion. He hates false religion. Without writing an entire post on this the bottom line is that there’s no need to separate Jesus from religion that is true. Christianity is simply the name for the religion whose set of beliefs center on who Jesus is (1 Cor. 15:1-4) and that calls us to know, worship, serve, and obey Him. In other words, Christianity is a religion centered on relationship with God through the Lord Jesus Christ (John 14:6f).

When authors start writing negatively about “organized religion” in general, and place that in opposition to their own personal relationship with Jesus, it’s often because they are going to 1) challenge the idea of objective truth (thereby suggesting that uniform religious belief found in “organized religion” is bad) and/or 2) value their personal spiritual insights over God’s revelation to humankind through the Bible (personal experience becomes authority).  3) They have an ax to grind with the local church (contra Heb. 10:25-26, 13:17).  It is God's will for every believer to be actively involved within the context of the visible church.  Home groups and family Bible studies are no substitute for corporate worship and everything else that God designed to take place within the local church.

At the end of the day, true religion glorifies God (James 1:27) and isn’t something Christians should denounce.

3. There’s a lot of talk about authenticity and messiness.

Authenticity simply means honesty. At first blush, it doesn’t sound like that has anything to do with the Bible, and, if anything, it seems like it should go hand-in-hand with the Bible. However, in practice, authors who emphasize how “messy” their lives are and how “authentic” they are going to be with you about that messiness often use the opportunity to normalize sin.

As with several of these points, this is not always the case. Some authors who speak in these terms use it as an opportunity to point back to God. But I’ve seen it go the other way more often than not, so it makes the list.  Many of these terms became buzz words with Rob Bell and the Emergent Church movement.

Another approach to “spirituality” that has become trendy is focusing more on raising questions about faith than sharing biblically sound answers. Authors who identify as progressive Christians sometimes go so far as to accuse other Christians of being afraid of questions and look skeptically upon anyone who attempts to answer the questions they raise.

Now, if you’ve read my blog for any amount of time (or my books, for that matter), you know that I’m all about raising tough faith questions with your kids…questions are extremely important. But questions also need to be addressed to the extent we can, given what the Bible tells us.

One extremely popular author wrote on her Facebook page recently that she wanted to make it very clear where she stands on social issues. Getting “clear” on these things included making a completely uncontroversial statement for any Christian: she “cherishes the humanity of the LGBT community.”  All Christians should cherish the humanity of every community because we are all made in the image of God.  That’s never been a question.

But, of course, she said this implying that anyone who holds to a biblical view of marriage somehow does not cherish the humanity of the LGBT community. It’s a very misleading move to make a statement that no Christian should disagree with in order to suggest it’s something that those who take a different position than the author on a moral issue would disagree with."

Article written by Christian author Natasha Crain.  Part 2 will be posted tomorrow.
Posted by ck at 8:02 AM