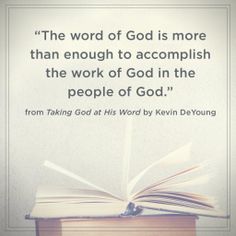 Matt Waymeyer teaches Greek and Systematic Theology at TES and serves on the pastoral staff of Grace Immanuel Bible Church in Jupiter, FL. Below is a brief conversation TES had with Matt about local church ministry.

"Why are you committed to expository preaching?

Let me begin with a definition. Expository preaching is the authoritative proclamation of God’s Word in which the preacher clearly sets forth the divinely intended meaning of the biblical text and brings the contemporary implications of its timeless truth to bear on the lives of the people. My commitment to this kind of proclamation flows out of my conviction that Scripture is the Word of God. Because the Bible is God’s Word, it possesses a trustworthiness, an authority, and a transforming power that no other source possesses. Therefore, to the degree that we faithfully preach the divinely intending meaning of the biblical text, our preaching carries that same trustworthiness, authority, and transforming power. But conversely, to the degree that we depart from the divinely intended meaning of a given passage, our message has forfeited its trustworthiness, authority, and transforming power, and we make ourselves not worth listening to.

What do you believe are the benefits for a pastor if he has a thorough understanding of Hebrew and Greek? What do you think are the potential limitations without a grasp of the original languages?

The primary benefit of knowing the original languages is that it enables the pastor to be more accurate and precise in his understanding of the biblical text. This is foundational to everything he does as a shepherd, from preaching to counseling to formulating his systematic theology. The original languages are especially critical to his preaching ministry. Every semester I tell my Greek students that precision in the study leads to clarity in the pulpit. In other words, if you want to be a preacher who clearly presents the divinely intended meaning of Scripture from the pulpit, you must be precise in your own understanding of Scripture in the study, and so much of that precision comes from the original languages.


In contrast, the growing trend in seminary education is to deemphasize the importance of the original languages. This will only produce theologians and preachers who merely read and regurgitate what they’ve learned from others in the commentaries. If someone has never had the opportunity to learn Hebrew and Greek, this approach is perfectly understandable. But if the purpose of seminary is to set aside several years of your life for intensive training in the Word of God, how can you ignore the very languages in which it was written? Faithful stewardship requires that pastors learn the original languages to the degree that God’s providence will allow.

What is it about church-based seminary training that you find most compelling?

What I find most compelling is that training men in the context of the local church allows us not only to instruct them in the classroom but also to serve alongside them on the frontlines of pastoral ministry. So much of what prepares a young man for the pastorate is not simply learning content, but also applying that content under the care and guidance of faithful shepherds who are modeling for them in real ministry what they are teaching them in the classroom.

Why do you think so many pastors struggle to take the truths they learn in the exegetical process and craft them into a compelling expository sermon? Why is it so difficult to go from text to sermon, from exegesis to exposition?

Preachers oftentimes gravitate toward one of two opposite extremes, that of “the youthful exegete” or “the seasoned communicator.” The youthful exegete is the young preacher who just graduated from seminary, and he’s so excited about his new understanding of Greek that he can’t understand why his congregation isn’t blessed by his lengthy explanation of the four different views on the Genitive Absolute in verse 11. His preaching may be faithful to the text, but it’s nearly impossible to understand, because his exegetical data dump is expressed in technical language that communicates nothing to the average person in the pew. His exegesis may strong, but his exposition is weak.
On the other end of the spectrum is the seasoned communicator, the preacher who has become savvy enough to conclude that biblical exegesis is a waste of time because it does nothing to meet the real needs of real people. Instead of diligently studying the biblical text, the seasoned communicator relies on his understanding of contemporary culture and his ability to communicate in way that captivates the attention of large audiences. He may not explain the divinely intended meaning of the biblical text, but most people agree that his messages are not only interesting, but also relevant to their everyday lives. His communication skills are strong, but his exegesis is non-existent.

In contrast to these two extremes, the challenge that every expository preacher faces is how to be relentlessly faithful to the biblical text in both his exegesis and his homiletics. One reason some young preachers struggle to transition well from exegesis to exposition is because the training they received in seminary failed to make a clear and meaningful connection between the two. I often tell my Greek students that my goal is to get them ready for Monday morning at 8:00. In other words, in their future pastorates, when they arrive at their office on Monday morning and start the process of preparing for Sunday, I want them to have a clear idea not only how to discover the meaning of the text, but also how to prepare an exposition which clearly communicates that meaning to God’s people. This is a challenge I continue to face as a preacher, and training others in this process sharpens my own ministry in the study and the pulpit.

If you could compel young pastors to embrace one conviction prior to entering a life of ministry, what would that be?

Simply this: True success in ministry is measured not in numbers, but in faithfulness to God.Most young pastors are quick to affirm this conviction, but many of them end up denying it in practice when it’s put to the test. May the Lord raise up a generation of young men who are more concerned about being faithful in the eyes of God than popular in the eyes of the world! You can be one or the other, but you cannot be both, and so you must choose.

What is the greatest threat to a person’s hermeneutical approach to Scripture?

The most damaging hermeneutical shift in the last 50 years involves the repositioning of the reader to the center of the interpretive process. Commonly known as the Reader-Respond Method, this approach says that the meaning of Scripture emerges as a product of the interaction between the modern-day reader and the ancient biblical text. For this reason, it is said, there can be many different legitimate meanings of a given passage, because each new interpreter brings his own presuppositions, experiences, and interpretative framework to the Scriptures, resulting in his own individual interpretation/meaning.


In this approach, because subjectivity is to be welcomed and embraced rather than avoided and suppressed, the biblical text ends up functioning like an inkblot into which the interpreter reads his own individual meaning. This is the scholarly version of “What does this verse mean to me?,” and it continues to have a significant influence, even in evangelicalism. What the faithful interpreter needs to understand is that the meaning of Scripture is found not in the subjective impression of the contemporary reader but in the objective intention of the biblical author. Discovering that meaning requires the hard work of biblical exegesis, but it is well worth the effort!"
Posted by ck at 12:00 AM