Whatever Happened to Expository Preaching (pt. 2) 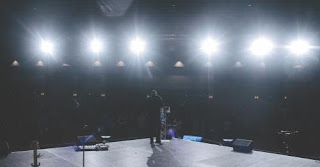 In his book, He Is Not Silent, Dr. Al Mohler raises a provocative question: “If you picked an evangelical church at random and attended a Sunday morning service there, how likely is it that you would hear a faithful expository sermon, one that takes its message and its structure from the biblical text?”  In most communities the odds would not be very good. As Dr. Steven Lawson has suggested, when it comes to solid Bible preaching there is nothing short of a famine in the land.

In the eyes of many, expository preaching is simply no longer relevant because it fails to connect in any kind of meaningful way with the average person in today’s culture. This criticism, of course, is hardly new. Back in 1928, a prominent liberal Baptist minister named Harry Emerson Fosdick wrote an article for Harper’s Magazine entitled, “What’s the Matter with Preaching?” In the article, Fosdick wrote:  Many preachers indulge habitually in what they call expository sermons. They take a passage from Scripture, and, proceeding on the assumption that the people attending the church that morning are deeply concerned about what the passage means, they spend their half hour or more on historical exposition of the verse or the chapter, ending with some attendant practical applications to the auditors. Could any procedure be more surely predestined to dullness and futility? Who seriously supposes that, as a matter of fact, one in a hundred of the congregation cares (to start with) what Moses, Isaiah, Paul, or John meant in those special verses, or came to church deeply concerned about it. Nobody else who talks to the public so assumes that the vital interests of the people are located in the meaning of words spoken 2000 years ago.

Fosdick himself died in 1969, but his view of expository preaching lives on. Many still see it as the epitome of dullness and futility. Many still insist that it fails to connect to the vital interests of the average person in the congregation. Many still believe it is doomed to failure because it hasn’t kept up with the evolving needs of contemporary culture.

According to Mohler, this rapid decline of expository preaching has been one of most troubling developments of the last several decades.  Numerous influential voices within evangelicalism are suggesting that the age of the expository sermon is now past. In its place, some contemporary preachers now substitute messages intentionally designed to reach secular or superficial congregations—messages that avoid preaching a biblical text and thus avoid a potentially embarrassing confrontation with biblical truth.

Various alternatives to expository preaching may indeed connect with the masses and fill the pews, but at what cost? Time will eventually tell.

Article written by Pastor by Matt Waymeyer
Posted by ck at 12:00 AM