THE RISE OF ‘WOKER-THAN-THOU’ EVANGELICALISM 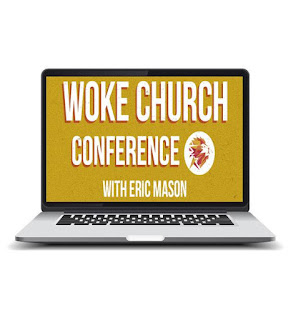 Unless you have been living in seclusion somewhere, you will have noticed that a radical putsch is currently underway to get evangelicals on board with doctrines borrowed from Black Liberation Theology, Critical Race Theory, Intersectional Feminism, and other ideologies that are currently stylish in the left-leaning secular academy. All of these things are being aggressively promoted in the name of “racial reconciliation.” This has suddenly given rise to a popular movement that looks to be far more influential—and a more ominous threat to evangelical unity and gospel clarity—than the Emergent campaign was 15 years ago. The movement doesn’t have an official name yet, but the zealots therein like to refer to themselves as “woke.” Evangelical thought leaders boast of their wokeness and vie with one another to be woker-than-thou.

In many ways, today’s Woke Evangelicals are merely an echo of their Emergent forebears. The central threads of their rhetoric are identical, and many of their goals are similar—starting with their campaign to convince other evangelicals that gospel clarity alone will never reach a hostile culture. To do that, they say, we must strive for postmodern political correctness. We need to try to “make Christianity cool.”Nowadays, that means race must be an issue in practically every subject we deal with. Meanwhile, diversity, tolerance, inclusivity, and a host of other postmodern “virtues” have begun to edge out the actual fruit of the Spirit in the language and conversation of some of our wokest brethren.

The Gospel Coalition (TGC) and Together for the Gospel (T4G) were founded little more than a decade ago to bring Christians together around a shared commitment to the foundational doctrines of gospel truth. Earlier this year both organizations sponsored conferences promoting Woke dogmas. Both of them, for example, paid homage to Dr. Martin Luther King not only as a great champion of civil rights (which he certainly was), but also as an exemplar of gospel truth and authentic Christian conviction (which he emphatically was not). Those of us who don’t believe that kind of “wokeness” reflects biblical integrity have been scolded, shamed, and called racists by key leaders from both organizations.


In other words, these two organizations that were originally founded to unite believers in the proclamation and defense of the gospel are now dividing evangelicals over something other than the gospel. Under the guise of being Woke they are championing ideological dogmas and political policies that no biblically-minded Christian in any generation of church history ever considered germane to the gospel. They are actually shifting the evangelical focus away from true gospel issues.

In short, I fear both TGC and T4G are dangerously close to becoming exactly what they were founded to oppose.”

Here's a short list of evangelicals who have embraced some expression of  the now en vogue critical race theory/woker than thou evangelicalism movement.  Russell Moore, Tim Keller, Thabiti Anyabwile, Matt Chandler, David Platt, Eric Mason, John Piper, Paul Tripp, Ray Ortland, and the list goes on and on.  Some of these same church leaders have preached great sermons and/or have written books/blogs on other topics that have been balanced and biblical.  I encourage my congregation to reject anything that is unbiblical and/or imbalanced (per 1 Thess. 5:21; Acts 17:11) but also not to throw the baby out with the bathroom.   For example, John Piper has written some helpful books on justification by faith alone, preaching, and Christian biographies.   One can benefit from those resources without accepting Piper's imbalanced teaching on social justice issues.
Article written by Pastor Phil Johnson. This blog was posted on the Sovereign Nations website.