Whatever Happened to Christian Liberty in Political Elections? 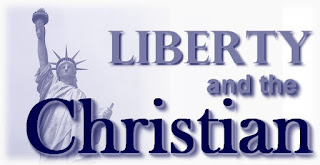 Dr. Robert A. J. Gagnon has been posting some very discerning pieces on Christian liberty and politics lately.  Sadly, I do not think his platform is nearly as large as is the machine that is the Gospel Coalition or Christianity Today.  In large part Dr. Gagnon is reacting against those Christians who suggest that it is wrong, immoral, and/or hypocritical to vote against Hillary Clinton (i.e. to vote for Trump) come November.  At the same time Robert wholly understands that some believers will not vote for either candidate come November because of conscience sake.  As a wise and balanced Christian thinker he does not belittle such persons with, "Don't you realize that a vote for a third-party candidate will ensure a Clinton victory!  Don't you realize what Clinton's positions are on religious freedom, militant LGBT advocacy, abortion, etc- You are an idiot if you ____!!"   Instead, Gagnon presents a thoughtful, principled, and balanced set of convictions and arguments.

Here is his latest article:  "I'm sure that Andy Crouch, executive editor of Christianity Today, thinks that he is doing the right thing when he accuses of idolatry (!) any evangelicals who vote for Trump, even evangelicals who hate that Trump is the GOP nominee and express disgust for Trump's sexual sin (the latest of which are 11-year old remarks that even Trump himself has apologized for, at least in part) and other behaviors but who nonetheless see a Clinton/Kaine administration as doing far greater policy harm. To Mr. Crouch, there can be no validity any longer to averting the even graver apocalyptic disaster of a Clinton/Kaine administration for the unborn, the male-female matrix for sexuality, religious liberty protections, and the appointment of jurists who don't treat the Constitution as so many tea leaves configured to their leftwing fancy, even though long after anyone will be talking about Trump's disgusting behavior we'll still have the abusive and coercive legal and judicial legacy of a Clinton/Kaine administration.

Here's how it comes across to persons whom Mr. Crouch bashes: insulting, condescending, bullying, and histrionic, not to mention ill-informed at points. The recipients attacked in this and other recent articles (one by Russell Moore and another by a certain Colin Hansen of the Gospel Coalition, both for the fair-minded and politically balanced publication known as the Washington Post, essentially a media outlet for the Clinton campaign) are being portrayed slanderously by a self-appointed evangelical magisterium as too stupid, too morally shallow, too hypocritical, or too crazed with a desire for political power to be respected for their own moral judgments. The tone of these articles goes something like this: Shut up you moral hypocrites and ignoramuses and do what we tell you.


This one-size-fits-all charge of the highest order (it doesn't get much worse than the charge of idolatry) is so grossly unfair and so "puffed up" (to use an expression of Paul's) in its "I alone am right" tone as to be repudiated by any reasonable and fair-minded Christian. The level of disrespect and shrillness is now so mind-boggling that it has become a cancer on evangelical Christianity. If Mr. Crouch wants to vote for neither candidate, that is his prerogative to do so. I think it is an honorable and not unreasonable position to arrive at (but perhaps the situation is worse and he thinks it is a legitimate option to vote for Clinton?). I may yet arrive at such a position myself. It is now time for people like Mr. Crouch, Dr. Russell Moore, Mr. Hansen of the Gospel Coalition, and others to repent and show the same kind of respect for those who, in good and morally informed conscience, hold a different view.

Mr. Crouch does criticize Clinton at points. However, he reserves the word "idolator" for Trump alone, despite Clinton's inveterate lying, corruption (pay for play), calling anyone who thinks homosexual practice wrong a "deplorable" (which, by inference, includes my family and friends), her well-documented abuse of secret service agents and other employees of (in her mind) low status (especially if white males), her often expletive-laden private excoriations of others (she's just more devious than Trump in keeping these remarks private but her heart is no different), her zealous desire to coerce all of us into her radical sexual agenda or face punishment from her state apparatus, and discrediting her husband's rape victims in order to preserve her political ambition. No, in Mr. Crouch's thinking, apparently, that doesn't constitute any idolatry. Wow.

Although the concluding paragraph article states that "all American Christians should repent, fast, and pray—no matter how we vote," it is clear that the article is aimed not at the idolatry of voting for Clinton but only the idolatry of voting for Trump. The only hesitation to commanding readers not to vote for Trump is this consideration: "As a non-profit journalistic organization, Christianity Today is ... committed to staying neutral regarding political campaigns—the law requires it." Well, then, they have violated the law, certainly in spirit, if not in letter.

It remains a morally responsible position, in spite of all the carefully timed disclosures of Trump's contemptuous sexual conduct from a decade ago, to view the greatest long-term harm to Christian women and Christians generally as coming not from Trump's atrocious personal example but rather from the full-bore policies of Hillary Clinton on a whole range of issues, coercing us to her radical sexual agenda through our taxes, our schools (public and private, including our Christian colleges that will face lose of accreditation and federal student loan access), our jobs, our restrooms, our sports, our speech in social media, and the rulings of our courts, as well as exporting that agenda on the Third World if the latter want to receive US aid (in effect, international extortion).

Mr. Crouch solemnly pronounces his prophetic judgment on any evangelical who holds such a reasonable and morally responsible view: "Most Christians who support Trump have done so with reluctant strategic calculation, largely based on the president’s power to appoint members of the Supreme Court.... But there is a point [and obviously Mr. Crouch thinks that time is now] at which strategy becomes its own form of idolatry... for ancient Israel and for us today, when we make alliances with those who seem to offer strength—the chariots of Egypt, the vassal kings of Rome—at the expense of our dependence on God who judges all nations, and in defiance of God’s manifest concern for the stranger, the widow, the orphan, and the oppressed."

Apparently Mr. Crouch and CT view Trump's greatest threat in his public policy to "the stranger, the widow, the orphan, and the oppressed." Why? Because his immigration plan seeks to enforce generous American immigration laws by maintaining manageable controls on the number of people allowed to immigrate to the US each year rather than punishing those who respect American law and rewarding violators?

But there's more: "Strategy becomes idolatry when we betray our deepest values in pursuit of earthly influence. And because such strategy requires capitulating to idols and princes and denying the true God, it ultimately always fails." Mr. Crouch perhaps needs to consider that there is no necessary correlation between casting an effective vote against Clinton/Kaine and becoming Trump's lap dog. By Mr. Crouch's reasoning, Isaiah's declaration of Cyrus as the Lord's "anointed" implies an acceptance of Cyrus's wartime abuses and destruction, his harem, and his paganism--paganism that, incidentally, constittes real idolatry, not the kind of "trumped up" charge of idolatry put forward by Mr. Crouch and CT. That's theologically and morally untenable.

I agree fully that it is inappropriate to have "enthusiasm for a candidate like Trump." I detest the selection of Trump as the GOP nominee and hate the choice left to us. I was a vigorous critic of Trump throughout the primary process. I was deeply saddened when he secured the Republican nomination and gave his acceptance speech at the GOP Convention. Nor have I become any cheerleader for Trump since. But now I am given a choice between two despicable candidates, to which one adds the problem of especially despicable policies (apparently Mr. Crouch thinks that Trump's policies are more despicable than Clinton's but I and many others beg to differ).

A vote for Trump/Pence that is conceived solely or primarily as a vote against Clinton/Kaine, accompanied by strong criticism of Trump's atrocious sexual comments and behavior 11 years ago (and who knows how much since), does not constitute an endorsement of Trump's gross sexual habits toward women any more than does Isaiah's pronouncement of Cyrus as the Lord's anointed express approval for all his actions and deeds. Cyrus is praised for one thing and one thing only: He's better than the Babylonian overlords in terms of his actions toward the people of God. He allows Israel to return to their homeland from Babylonian exile because that's good business for the Persian Empire.

If one of two morally despicable candidates is going to rule the Executive Branch of the US government no matter whether you like it or not, it makes little sense to allow the election of the candidate who will do you, your family, your fellow believers, and the country in general the greater harm. That is just masochistic, not spiritual.

If you have the option of choosing between two pagans emperors, Caligula and Claudius, both of whom have grave moral defects but Caligula having the added negative of being much more inclined to pursue policies that lead to the persecution of God's people, it is foolish not to cast the vote for Claudius. It's just that simple.

In the South in the 1950s thru early 1970s Blacks and enlightened Whites often voted for the "less racist" candidate in order to avoid the greatest harm. Was that morally wrong or morally intelligent? I say the latter. But Andy Crouch and CT apparently charge such voters with idolatry.

Don't be intimidated. Your voting right is sacred. You are accountable to God, not to any sector of evangelical police who pronounce anathemas upon you and attempt to shame you and ridicule you and browbeat you. If you decide that both Trump/Pence and Clinton/Kaine will effect equally great policy harm, then vote for neither. But if you think that the latter will do the greater harm, then vote against the latter by voting for (but without endorsing) the former. And then show respect for the other person and a little humility."
Posted by ck at 7:27 AM

Labels: Christian liberty, Christians and Politics, is it evil to vote for the lesser of two evils; to vote or no to vote; Trump VS Hillary; Rom 13; Christian Liberty; Legalism
Newer Post Older Post Home