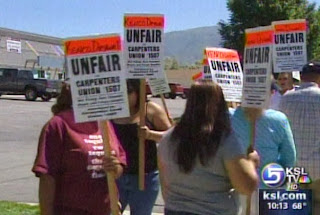 Many years ago I read Iain H. Murray's signature biography on the late great D. Martyn Lloyd-Jones.  The second volume of this epic two part biography is aptly titled "the Fight of Faith."  If you want to know what makes MLJ's ministry so enduring check out this series of exceptional articles written by Dr. Steve Lawson.

Over the past ten years Christian biographies have been some of the best ministry mentors a young pastor could ask for. Many pastoral lessons can been gleaned from reading great biographies. For example, I was somewhat shocked to read about the internal opposition MLJ faced when transitioning into the Lead Pastor position at the historic Westminster Chapel. MLJ left his very successful ministry in Wales to serve as a Co-Pastor with the famed G. Campbell Morgan. Campbell had pastored his London congregation for thirty-nine years (1904-1943). A church member could not have asked for a better succession than this. To go from the pulpit ministry of G. Campbell Morgan to the preaching ministry of D. Martyn Lloyd-Jones is sort of like going from Joe Montana to Steve Young at quarterback.

Despite his ministry pedigree MLJ was not without internal critics. Iain Murray writes, "There were influential members of the congregation from pre-War years, including men in the leadership of the diaconate, who were by no means enamored with the prospect of hearing nothing but Dr. Lloyd-Jones. Hitherto they had tended to suffer the new preaching while expressing their undisguised preference for Dr. Morgan. Some members even choose to attend only when the older man was preaching, and one of these, mistaking the arrangements for a particular Sunday, was overheard at Sunday lunch to say with indignation, 'I went to Westminster to hear Dr. Morgan but it was that Calvinist.'" The same attitude was strongly represented in the diaconate itself. Murray went on to explain how upon receiving Dr. Morgan's resignation letter the deacons met alone.  After this secret meeting the board asked MLJ what his intentions were knowing all along that MLJ was to transition into the Lead Pastor position once Dr. Morgan retired.


Later in chapter six Murray writes, "Yet unsupportive men remained on the diaconate for some years to come and by the time that they were finally gone the custom of paying MLJ a comparatively poor salary had become so habitual that it was never properly adjusted."

It is beneficial  to be reminded of such real life realities.  Even if you begin your pastoral ministry with a hundred percent confirmation vote such unanimous approval will be short-lived. If you do not believe me just wait until you preach your first sermons series on marriage and divorce or exposit Romans 9 and 10;   Or wait until your leadership team implements biblical church discipline on someone who is related to half the church; or when a secret Diotrephes quietly works against you.

If Martyn Lloyd-Jones experienced internal opposition during the early years of his well known ministry should we experience a life long bed of roses? Let us not forget that the way of the Master is the way of the cross (Luke 9:23f). The way of the cross is the path marked by righteous suffering (1 Peter 4:12, 2 Cor. 11-12).  Every faithful Christian will suffer (2 Timothy 3:12). Some will obviously suffer more then others. None of us however will suffer more than the only perfect Pastor (Jesus; John 10).

God sends His ministers into all kinds of local church contexts.  The Holy Spirit commissions some of us to pastor congregations that are more like the congregation at Crete then the flock at Philippi. No two ministries are exactly the same. Just compare the seven local churches described in Revelation 2 and 3 or contrast the New Testament Epistles.

Some ministers outlive and/or outlast their ministry critics.  Others have witnessed the Holy Spirit transform ministry thorns into gospel allies.  A remnant of persevering preachers go on to enjoy sweeter days of ministry fruitfulness and peace after earlier years of turmoil and unrest. While some modern day Jeremiahs are eventually driven out of their ministries. Wherever God has placed you let us never forget that ministry success is determined by faithfulness.

1 Corinthians 3:6-11, I planted, Apollos watered, but God was causing the growth. So then neither the one who plants nor the one who waters is anything, but God who causes the growth. Now he who plants and he who waters are one; but each will receive his own reward according to his own labor. For we are God's fellow workers; you are God's field, God's building. According to the grace of God which was given to me, as a wise master builder I laid a foundation, and another is building upon it. But let each man be careful how he builds upon it. For no man can lay a foundation other than the one which is laid, which is Jesus Christ.
Posted by ck at 7:13 PM